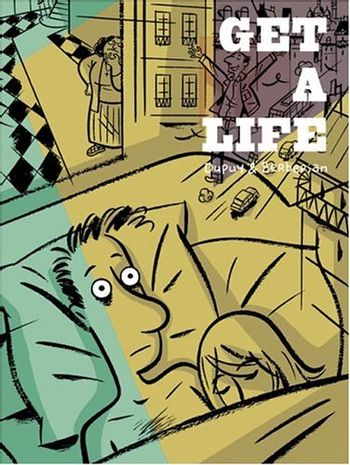 Monsieur Jean is a French-Belgian comic book series jointly written and illustrated by Philippe Dupuy and Charles Berberian. The title character is a thirtysomething, middle-class, somewhat indecisive Parisian writer. The series follows various episodes of his daily life, but gradually develops into an evolving story arc.

The other characters are Monsieur Jean's circle of friends, a squabbling and sometimes annoying bunch, and Cathy, an ex-gilfriend who eventually becomes the mother of his child.