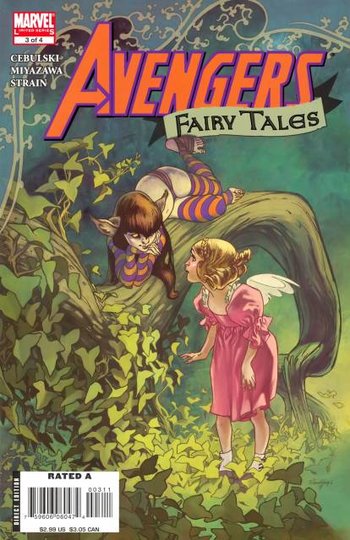 Marvel Fairy Tales is a set of limited series published by Marvel Comics from 2006 to 2008 that adapts classic fairy tales, or invokes their tropes and traditions, and places Marvel's own famous characters in the roles. So far, there have been three series: Spider-Man Fairy Tales, X-Men Fairy Tales, and The Avengers Fairy Tales. A series based on Fantastic Four was planned but never realized. The stories are all written by C.B. Cebulski, and have a different artist for every story.