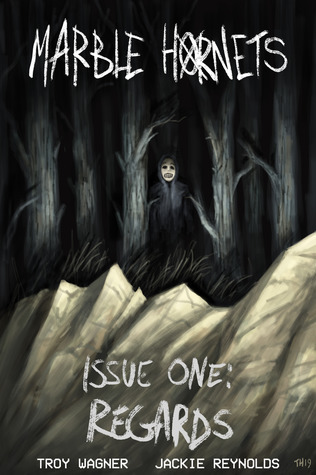 ”Why are you forgetting?”
Advertisement:

Marble Hornets is a Psychological Horror webseries and one of the key players in The Slender Man Mythos. It ended in June of 2014, but has since been continued in a comic, written by Troy Wagner and illustrated by Jackie Reynolds. The first issue, Regards, received a digital release on February 25th, 2019, and with a physical release coming later. The second, Eyes Open, was released February 29th of the following year.
The story begins some time after the events of the webseries. Jessica Locke has a steady job at a shipping company and appears to have moved on with her life, but when she meets a mysterious masked person while on a delivery, it becomes clear that she can’t hide from her past forever.