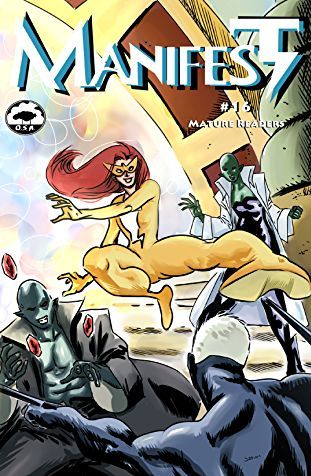 as well as Amazon, Gumroad, and Comixology.

The series follows the superheroine Tessa Theus, AKA Thunder Girl, and her cast of friends and enemies, in a quest to liberate an entire world - the titular Manifest - from an evil dictator. There is a heavy element of mystery and character development as well as the usual superhero action.

Not related to the video game nor the NBC series of the same name.

Manifest provides examples of the following: