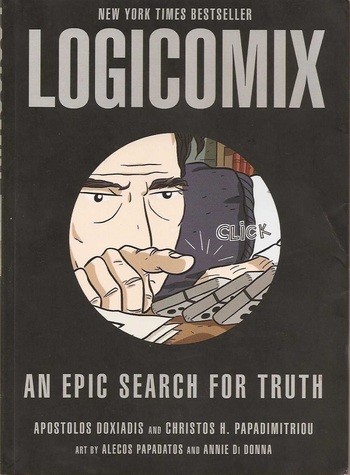 Logicomix: An Epic Search for Truth is an award-winning graphic novel written by Apostolos Doxiadis and Christos Papadimitriou, illustrated by Alecos Papadatos and Annie Di Donna, and published in 2009. It's the story of Apostolos and Christos making a comic book about Bertrand Russel, a famous Real Life philosopher and logician, telling the story of his life to a group of isolationist Americans in 1939.

Going through from his youth on his grandfather's estate, through his dissatisfaction in college, collaboration on the Principia Mathematica, wooing and breakup with two women, all the way to the lecture, it is a story of the seemingly paradoxical interrelation between logic and insanity and the difference between models and reality.