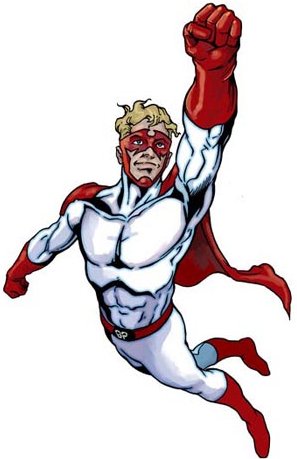 comics is a group of ongoing super-hero based serial novels.

Set out much like a real comic company, <3 Comics have two titles, Brat Pack

, the flagship 'comic', and <3 Comics Presents

,a platform for new titles, based on which heroes (or villains) the Author wishes to write about in a given month. In July 2010, a third title was added, LessThanThree Legends

Brat Pack documents the ongoing adventures of a teen super-hero team in California (the eponymous 'Brat Pack'), as well as further exploring the '<3-Verse'.

<3 Comics Presents has presented a number of heroes, including The Shadow, Thunderbolt and Perdition.

Less Than Three Legends reveals the history of the <3-Verse, chronicling the major events.

This site provides examples of: