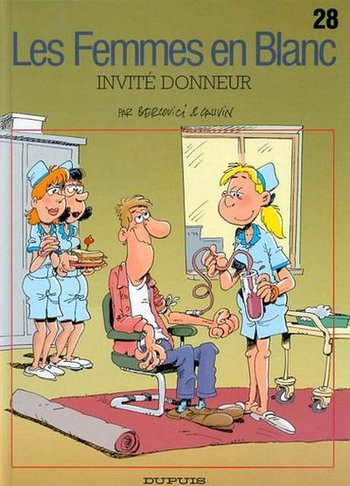 Les Femmes en blanc ("The Women in White") is a Franco-Belgian Comics series created and written by Raoul Cauvin with art by Philippe Bercocivi. It began in 1986 and is ongoing with 31 volumes so far.

The stories are set in a hospital and involve nurses (the eponymous women in white) and doctors.