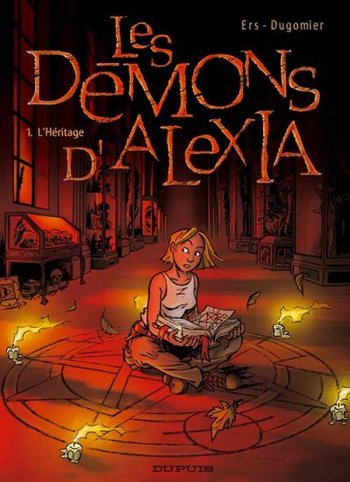 Alexia is a young exorcist recruited by the C.R.P.S note Centre de Recherche des Phénomènes Surnaturels (Supernatural Phenomenons Research Center) in order to help them with the study and the fight against supernatural forces.

When she arrives in the building, the skeleton of a witch regains its flesh and people in town are devoured by a black hound. It also turns out the Center had a disaster in 1985: 42 scientists were slaughtered and the former director, the sole survivor, has been in the coma ever since.

The series also had four short stories that were published in Spirou and eventually printed in the omnibus collections: "Les démons d’Alexia" (the first story published for the series), "La Fresque" ("The Fresco"), "Durandal", and "Exorcisme communautaire" ("Community exorcism").