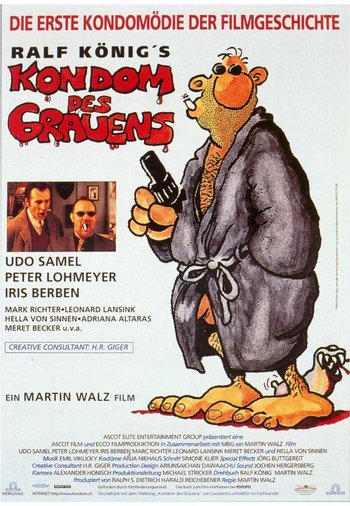 Killer Condom (original title: Kondom des Grauens, "Condom of Horror") is a comic book series, published together with its direct sequel, To the Bones. The series is a loving parody of gritty crime films by the German Queer Media comic artist Ralf König. It tells the story of a troubled, sarcastic police inspector named Luigi Maccaroni, who runs into a mysterious case involving severed penises in the gutters of New York.
Advertisement:

The Movie, starring some very famous German actors, was made by Troma. It's considered an excellent Pragmatic Adaptation.