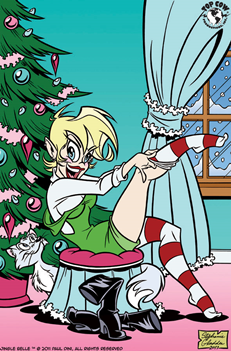 And Happy Holidays to you too!
Advertisement:

A comic book series written by Paul Dini about Santa Claus' rather rebellious teenage daughter who would rather be doing typical teenage things then helping to run the family business.