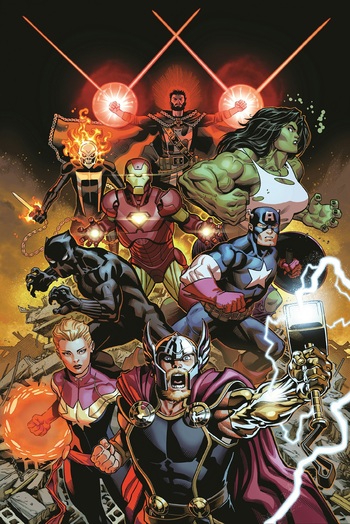 Among the storylines in this title are a secret early incarnation of the Avengers at the dawn of human history, a vampire civil war, a new Squadron Supreme under the command of the United States of America, and the return of the Phoenix. Across the many stories, however, lies the threat of Mephisto, who seems to be pulling the strings against many of the threats the team encounters.