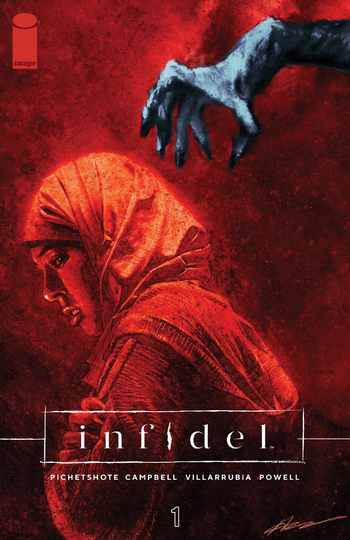 The main character is Aisha, a Pakistani-American woman from New Jersey. Recently she, her fiancee Tom, and Tom's daughter Kris moved in with his mother Leslie in the wake of an explosion in her building, which is rumored to have been the work of a possible Islamic fundamentalist terrorist. Needless to say, this causes some difficulty with the neighbors for Aisha, who is recognizably Muslim (she wears hijab in public most of the time), and there's also some underlying strife between her and Leslie, whose husband was killed in the 9/11 attacks. Tom's not too happy about it either, thinking that moving in was a mistake, though because of the constant repairwork, they pay a low rent.

On a more troubling note, Aisha's begun having terrible nightmares during which she lashes out at her surroundings. She suspects her anxiety medication may be responsible and her doctor changes it, but Aisha's dreams don't get better, they get worse...and there is increasing evidence that they might not be dreams at all.