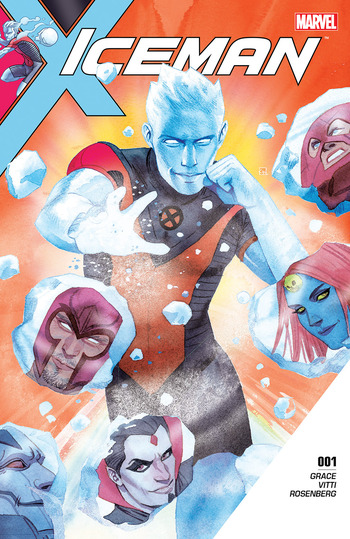 Iceman is the title of several series published by Marvel Comics.

After a number of one-shots and limited series, the first ongoing title, written by Sina Grace with art by Alessandro Vitti, debuted on June 2017.

Fresh off his stint in the Extraordinary X-Men, Bobby Drake explores his new identity as an out gay man and what it means to be an Omega-level mutant. Written by Sina Grace with art by Alessandro Vitti.