Comic Book / I Am Batman 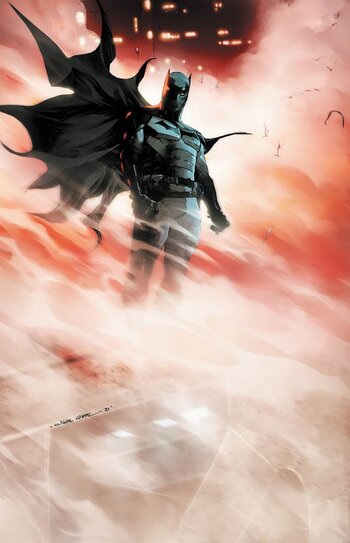 Created by Academy Award-winning writer John Ridley and artist Oliver Copiel, I Am Batman is the follow-up to The Next Batman: Second Son. The series follows prodigal protagonist Timothy "Jace" Fox as he finally dons the cape and cowl to become Gotham's newest Dark Knight.

Set immediately after the events of Second Son while tying directly into James Tynion IV's Batman, Jace has learned that his father and Bruce Wayne were allied with Batman. Deciding to use his own training and the resources Batman left behind, Jace moves out of his family's home and sets up shop in the Hibernaculum in order to continue his hunt for Tyler Arkadine, the billionaire philanthropist turned international criminal who eluded our hero in the previous series.