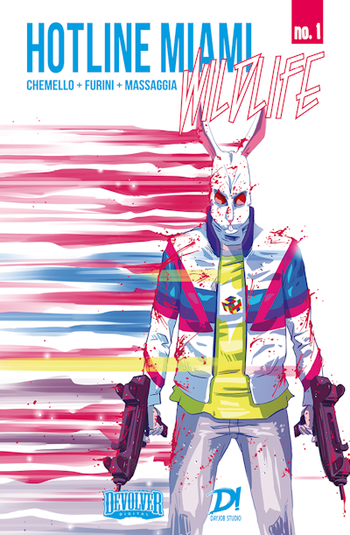 Hotline Miami: Wildlife is a comic book set in the Hotline Miami universe. It details the lives of several freshly baked assassins for 50 Blessings, with the main focus on one Chris Jenkins, a patriotic American, motivated by his hatred for the Russians. Things get complicated when Chris meets the child of one of the gangsters he's killed.

It's created and published by Dayjob Studio.