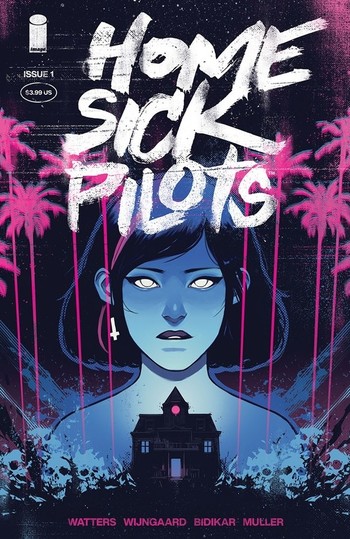 In the summer of 1994, Ami and her friends have formed a punk band by the name of the Home Sick Pilots, playing a battle of the bands against the Nuclear Bastards. Then Ami decides what they really need to up their game is something really weird and authentic — like a playing a gig in a haunted house. And the Old James House just happens to be haunted.

But when Ami goes there, she finds more than what she wanted. Specifically, the house is haunted and wants to use her to bring back the missing pieces of itself, including some very haunted items. But is that all it wants? And who else has to die before it becomes whole?