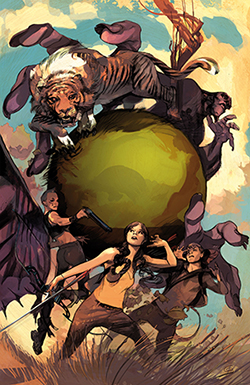 Decades after “The Blight” all but wiped out the human race, Mother Nature is taking back what’s hers, and she’s not alone…The Hinterkind have returned.

From the last, lost corners of the world they come, a myriad menagerie of myth and magic...but these aren’t childhood fairytale creatures. They are flesh, blood and passion, and they have a long-simmering hatred for those who drove them into the shadows: The human race!