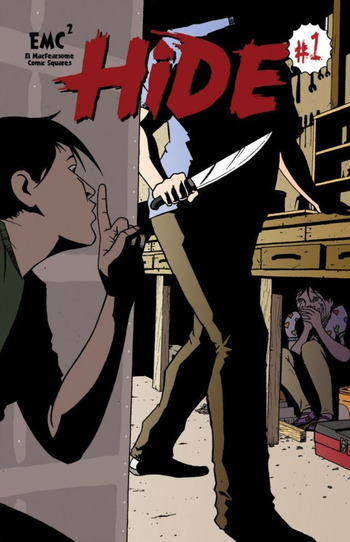 Hide is a Horror Comic Book by Vernon Smith.

Kevin is just an average boy celebrating his birthday with his family. He seems to have it made.

Until he wakes up the next day, anyway.

For some reason, seemingly overnight, everyone over the age of 18 will now immediately try to murder anyone UNDER the age of 18. Now, with his whole family turned against him, Kevin, and any other kid he manages to find, needs to band together to try and survive in this crazy new world.