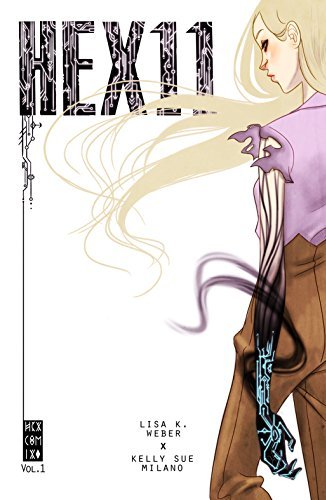 A Dystopian comic book series by way of Fantastic Science.

Humans, through the discovery of a new energy source called The Ether, have found they are capable of Magic. As civilization moves from the Digital Age to this new Magic Age, corporate and federal entities are concealing what they know, seeing an opportunity for a new level of control and unprecedented monetary gain.

Meanwhile, a class war is brewing in the urban underworld known as The Hex; where the have-nots have found themselves after years of injustice and oppression. It also serves as a haven for the magically inclined, a place where they can operate in secret. One such woman is Elanor Kent, a young witch living in the Hex and apprenticing the eccentric Vera, a very powerful witch. Though she aspires to master the many facets of magic, she finds herself practicing the basics and running Vera's errands. However, when one seemingly ordinary task places her in the crossfire of a black market warlock and a demonic mercenary, the excitement she had hoped for becomes all too real and all too dangerous...