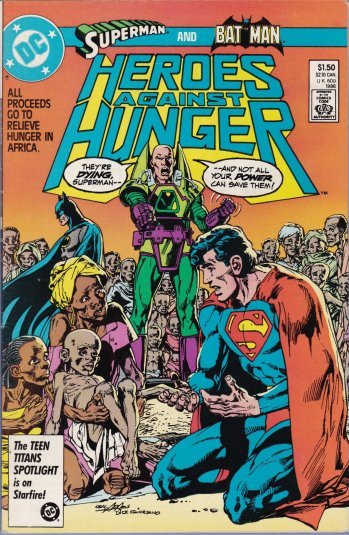 Heroes Against Hunger
Heroes Against Hunger is a 1986 one-shot comic published by DC Comics that featured an all-star cast of comic book creators on a single story that was meant as a benefit for African famine relief and recovery. In this comic book, Superman and Batman team together with Lex Luthor to help bring relief to the impoverished country of Ethiopia while dealing with the story's Big Bad, the Master.