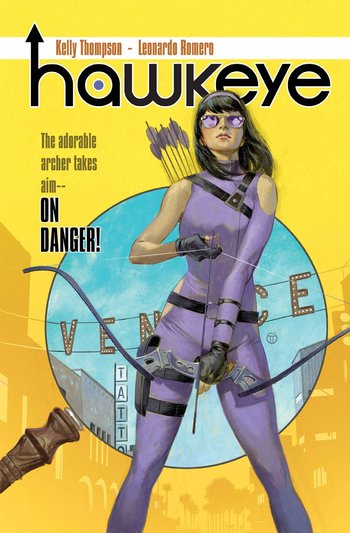 Written by Kelly Thompson and drawn by Leonardo Romero with covers by Julian Totino Tedesco.

Starring in her first solo title, this series follows the young heroine as she moves back to Los Angeles to resume her short-lived career as a private eye, which she last attempted in the "L.A. Woman" arc from Matt Fraction & David Aja's Hawkeye. With her mentor Clint Barton away on a grassroots approach to avenging, how will Kate manage by herself? As Kate finds out, not easily — but with the help of some friends both old and new, she might actually pull it off.

This run contains examples of the following tropes: 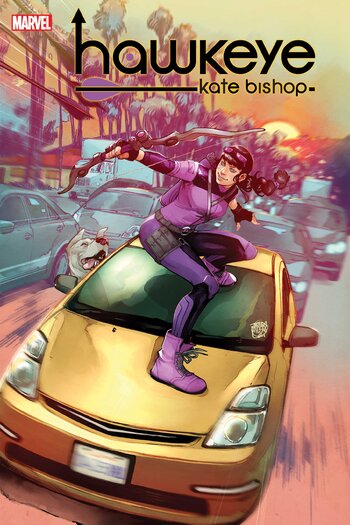 Written by Marieke Nijkamp and drawn by Enid Balám.

Back in New York after a lengthy stay in Los Angeles, Kate takes a "pit stop case" to reacclimate herself to the city, but this new mission may very be a trap that's too good to be true.

This run contains examples of: