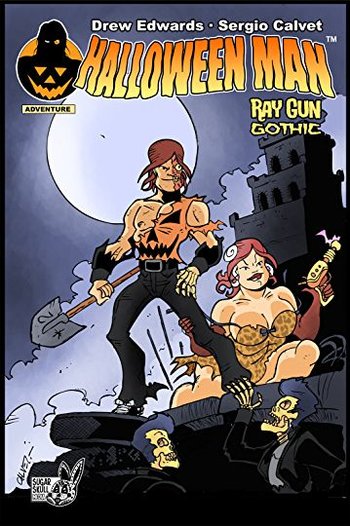 Slain by a vampire, but brought back to life by arcane magic, Solomon Hitch is Halloween Man, a flesh-eating zombie with the power of the horror movie sequel! Now, with the help of his glamorous super-scientist girlfriend Lucy, reprobate Necromancer Morlack, and hedonistic demi-god Man-Goat, he defends Solar City, Texas from evil.