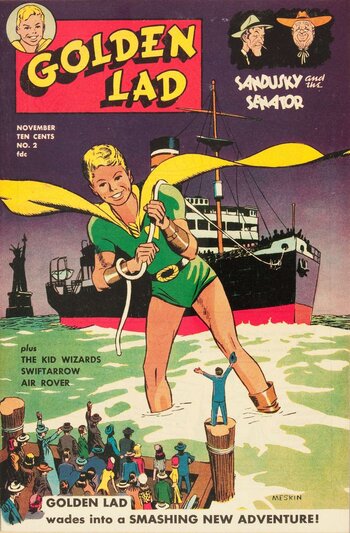 Golden Lad was a comic-book series created by Joseph Green and Mort Meskin and published by Spark Comics. It is currently a public-domain property.

After young Tommy Preston finds the "Heart of Gold", an old Aztec artifact powered by "the blood of a thousand martyred Aztecs", he gains the powers of strength and courage, which he uses to fight crime.