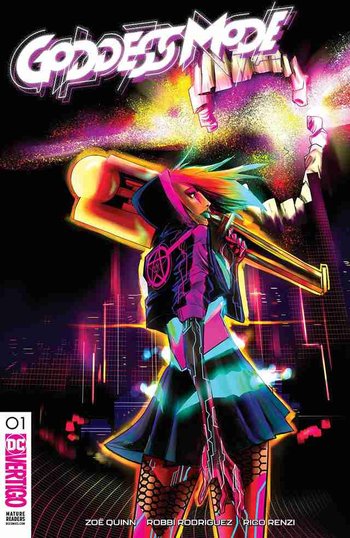 Goddess Mode is a science-fiction comic-book series by Zoe Quinn and Robbie Rodriguez. It is published by Vertigo Comics.

In a near future where all of humanity is connected to a massive AI called Azoth, Cassandra Price is stuck doing menial tech support jobs to eke out a living and maintain life support for her terminally-ill father. One day, she discovers a hidden digital world where super-powered women known as the Tall Poppies battle to obtain the cheat codes for reality, and soon finds herself swept up into this secret war.