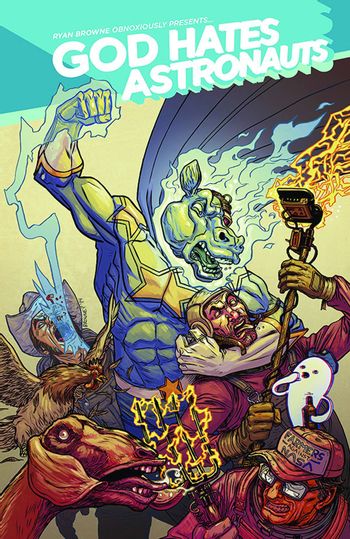 God Hates Astronauts is a comedy comic series written and illustrated by Ryan Browne, It was originally started as a webcomic before being collected as a book volume and published as such thereafter. It details the exploits of a group of superheroes known as the Power Persons Five, as they battle crime under the orders of the National Aeronautics and Space Administration.

In theory. In practice, the PP5 wind up battling each other far more than any enemy, even with all of NASA's breathing down their back.