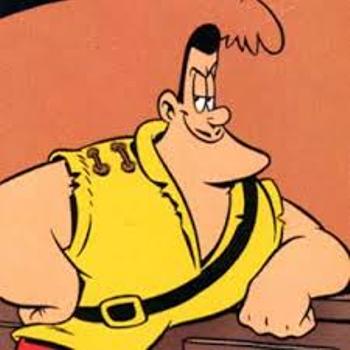 Gilles de Geus is a Dutch comic book series by Hanco Kolk, later joined by Peter de Wit, about the eponymous character. It is set during the Eighty Year War between the Netherlands and Spain, when the Netherlands were occupied by Spanish forces.

The comic started with a series of short stories in which Gilles is a thief/highwayman living in a windmill near the city of Dubbeldam, who sets out as a comical anti-hero. When Peter de Wit became the writer however, the comic was retooled to a different format. The stories became longer, and Gilles became a true hero when he joined the Geuzen (the Dutch resistance movement at the time). He even becomes the unofficial right-hand man of prince Willem van Oranje. He still keeps some of his anti-hero traits for humourous value though. The series has been called "the Dutch Asterix" because it uses a similar formula, with many anachronisms and winks to modern culture.