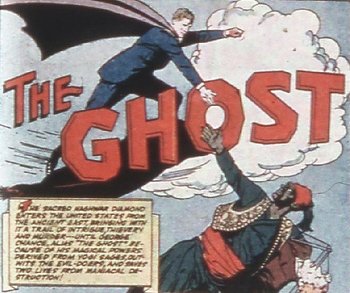 Ghost is a superhero, who is also a magician and occult investigator. His real name is George Chance. He was created by Nedor Comics back in April 1940. However, he fell out of use on February 1946 and became a public domain character. However, Alan Moore revived him and many other Nedor Comics characters in his Tom Strong story. In this storyline, he takes on the name Green Ghost.