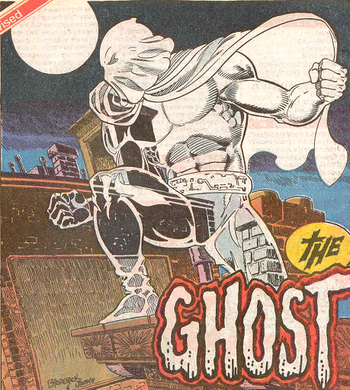 His real name is Alec Rois. He was born in poverty, grew up alone and unloved, and became a skilled scientist. At Lockleed Aircraft, he created a working teleportation device called the Stealthray. He was going to sell the device to the world, but then he remembered how he grew up without friends and money. So he decided to use the device to benefit himself. With this device, he got pass through any thick and impenetrable object, and he used it get himself a fortune and continue his scientific studies. In fact, Captain Atom and Nightshade were sent to stop him because the government was afraid that he would try stealing top secrets next. Before Crisis on Infinite Earths, he was their nemesis. After that event, he returned as a cult leader of a hidden civilization called Sunuria.