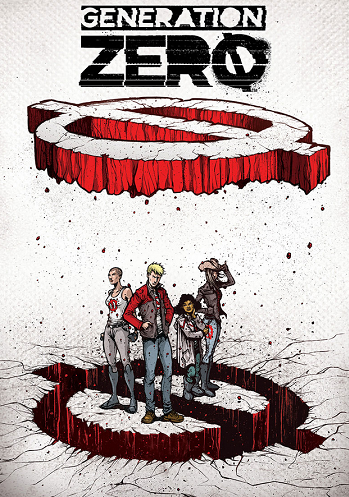 Generation Zero is a 2016 comic book series published by Valiant Comics, written by Fred Van Lente and drawn by Francis Portela, and spinning off from the events of Harbinger.
Advertisement:

When the city of Rook, Michigan fell on hard economic times, the state appointed an emergency manager who managed to somehow turn things around, transforming Rook into a high-tech oasis. Most of the residents were relieved to see the city restored, and didn't think too hard about what it might have cost, but Keisha Sherman has her suspicions, especially after the sudden death of her boyfriend, and thus calls upon the secretive Generation Zero to come investigate her town. But the Zeroes have an agenda of their own.

No relation to the 2019 video game by Avalanche Studios.