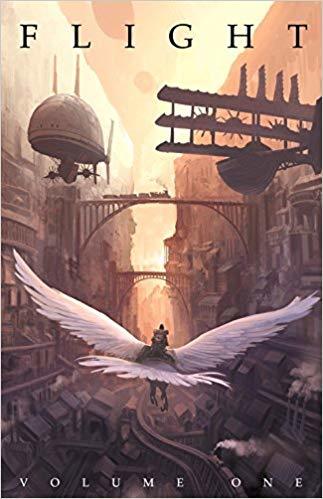 Flight is a series of episodic comics, written and drawn by a variety of artists and edited by Kazu Kibushi (author of Amulet). They range from lighthearted to deep, simplistic to vivid, and bizarre to moderately sane. Known for its inventive compilation of different styles, Flight has been well-received by critics and readers alike. It's an ongoing series with the 8th volume just released.