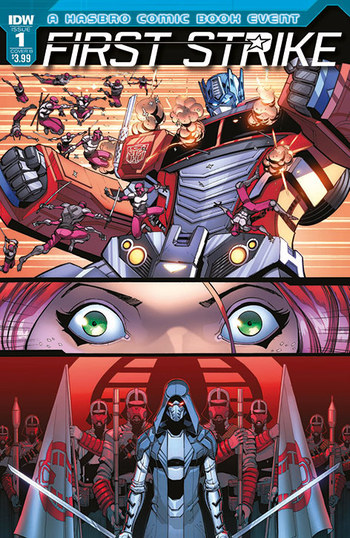 As Earth reluctantly begins diplomatic relations with Cybertron, after Optimus forcibly annexed them into the Council of Worlds, the mysterious Baron Ironblood and his allies, after decades of planning, make their move. Their goal? To destroy Cybertron itself. But Ironblood has a deeper connection to some of those trying to stop him than they realize.

First Strike is a six-issue miniseries, written by Mairghead Scott and David R. Rodriguez, with art by Matt Dumbar. The main series also comes with back-up stories detailing how Ironblood assembled his forces.