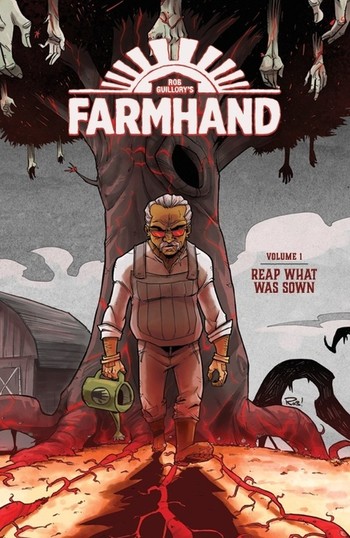 Farmhand is an Image Comics comic book created, written, and illustrated by Rob Guillory (of Chew) with help from letterer Kody Chamberlian and colorist Taylor Wells.

Years ago, hard working Louisiana farmer Jedidiah Jenkins has a vision which gives him the basis to create the Jedidiah Seed - a stem cell blueprint that was able to adapt to surrounding tissue, creating transplantable limbs and organs that literally grow on trees (and bushes, and roots). Many years later, Jedidiah's son Ezekiel and his family return to the farm to join the family business. However, everyone is after the secret of the Jedidiah Seed, and the kindly old farmer may not be what he seems...