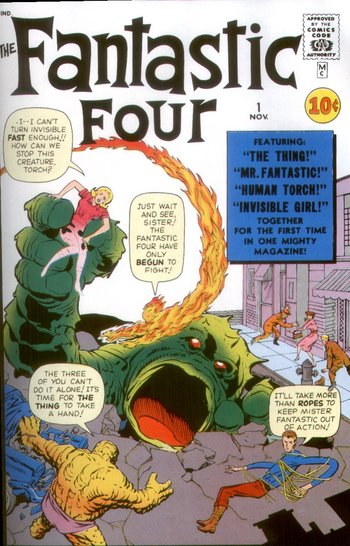 The beginning of the Marvel Universe
"It is the first time I have found it necessary to give the signal! I pray it will be the last!"
— Reed Richards
Advertisement:

The Fantastic Four #1 is the debut issue of the legendary superhero team, the Fantastic Four and the beginning of Stan Lee and Jack Kirby's original run on the book. It was published on November of 1961 by Marvel Comics.