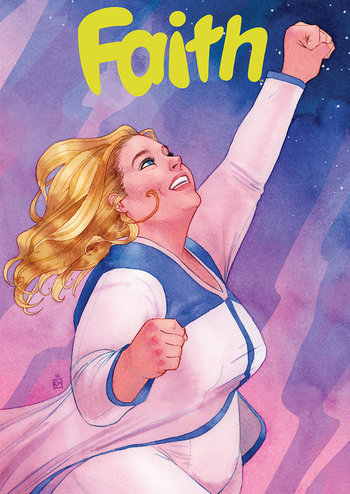 After losing her parents in an accident, Faith Herbert finds solace in fictional worlds of superheroes and tabletop RPGs. Years later as an adult, she discovers her latent psionic abilities and joins a team called the Renegades, adopting the codename Zephyr. Through her experiences with them, she not only comes into her own as a superhero, but a person in general.

After appearing as a supporting character throughout the modern Valiant Universe since its reboot in 2012, Faith finally landed her first solo title —a limited series written by Jody Houser with art by Francis Portella and Marguerite Sauvage— in 2016. Due to overwhelming acclaim from critics and audiences alike, Faith was soon relaunched as an ongoing title with much of the same creative team intact.