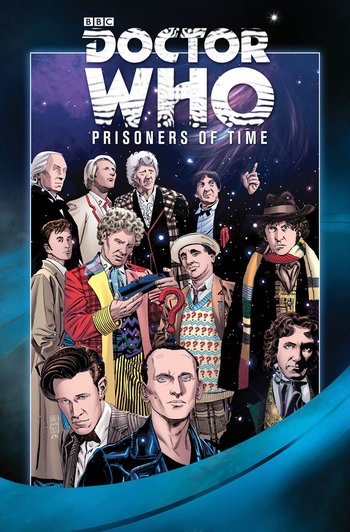 "The Doctor is never alone. I'm going to have to change that."
— The Mysterious Figure
Advertisement:

A 12-issue comic book series released to celebrate the 50th anniversary of Doctor Who.

The premise is that a mysterious figure is travelling through time kidnapping the companions of every Doctor. Features appearances from Doctors 1-11 (not counting the War Doctor).

The identity of the villain, kept secret for the first eight chapters, is a massive spoiler, so you have been warned.

No relation to the book from the Lone Wolf series of the same name.