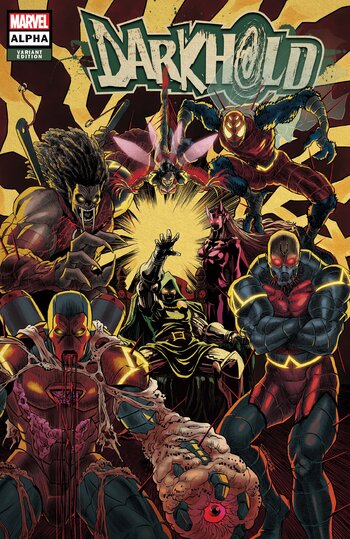 Darkhold is an 2021 miniseries by Marvel Comics written by Steve Orlando with art by Cian Tormey.

When Doctor Doom uncovers the Darkhold, the Scarlet Witch races to stop him from using it to cause chaos, but she is too late. Doom has accidentally woken Chthon from his slumber in the other-realm, and now he risks laying destruction to the Marvel Universe.