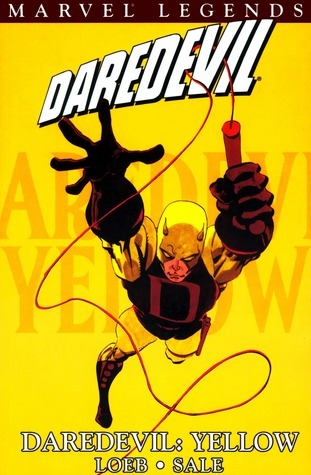 The Yellow Devil (not that one.)
Advertisement:

Daredevil: Yellow is a re-telling of Daredevil's origin story and early career as well as his budding relationship with Karen Page. The story is part of a Thematic Series written by Jeph Loeb and illustrated by Tim Sale, which includes Hulk: Gray, Spider-Man: Blue, and Captain America: White. Loeb and Sale are better known as the creative team behind Batman: The Long Halloween and Superman for All Seasons. The title is an homage to Daredevil's original yellow costume, which he wears throughout most of the story.