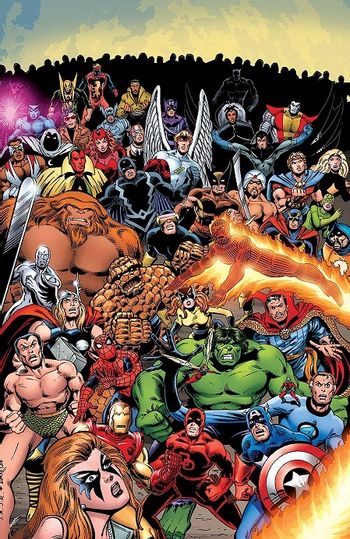 Contest of Champions is the name of three Marvel Comics Mini Series that featured superheroes being forced to fight against each other.

The first series, published in 1982, was the first limited series produced by the company as well as the precursor to the concept of the Crisis Crossover. It was originally conceived as a tie-in to the next Olympic Games. Although the deal fell through, Marvel still published the story without any sports-related material. It was written by Mark Gruenwald, who included pages describing the various heroes in each issue, which began the concept of the "superhero encyclopedia" that would later be expanded into the Official Handbook of the Marvel Universe.

In its story, an immortal alien called The Grandmaster gathers all of Earth's superheroes and chooses some of them as pawns in a game with a mysterious hooded woman with the resurrection of his brother, The Collector (who was killed during the events of The Korvac Saga), as the prize, and all of humanity as hostages.

The story was adapted as an episode of the animated series Fantastic Four: World's Greatest Heroes, but using only characters from that series.

In Contest of Champions II, Earth's heroes are abducted by aliens who organize a friendly tournament, or so they say. In fact, they have the surrounding areas full of nanites that cause the violent tendences to rise, leaving only Iron Man (due to sealing his armor) and Shadowcat (due to her intangibility) with a clear mind. Eventually, the aliens reveal themselves to be the Brood, who use the tournament as a way to pick the better hosts among the heroes. The Brood Queen uses Rogue's powers against herself to possess her body, and then takes the powers of the tournament champions. Some of the losing heroes oppose her until she loses most of her powers, and then Warbird confronts the queen-in-Rogue's-body until the queen leaves Rogue's body. Then the heroes return to Earth.

A third series called Contest of Champions, which is a tie-in to the video game Marvel: Contest of Champions, launched as part of All-New, All-Different Marvel in 2015. The series was written by Al Ewing. It lasted ten issues before being cancelled, although it did mark the debut of the Korean superhero White Fox as a Canon Immigrant from the Korean webcomic Avengers: Electric Rain. Set after the end of Secret Wars (2015), the Collector and the Grandmaster have set up a death-match tournament on the shattered remains of Battleworld, where the heroes and villains of different worlds fight for their cause. The prize itself is nothing less than power over every reality.

The first series was also loosely adapted as the multi-part Season 3 finale of Ultimate Spider-Man.

The Contest appears in the Marvel Cinematic Universe film Thor: Ragnarok. After being stranded on the junk planet Sakaar, Thor is taken prisoner by The Grandmaster and forced to fight as a gladiator against The Hulk, who ended up there after the events of Avengers: Age of Ultron.

open/close all folders
Volume One

Tropes used in Contest of Champions (1982)

Tropes used in Contest of Champions (1998) 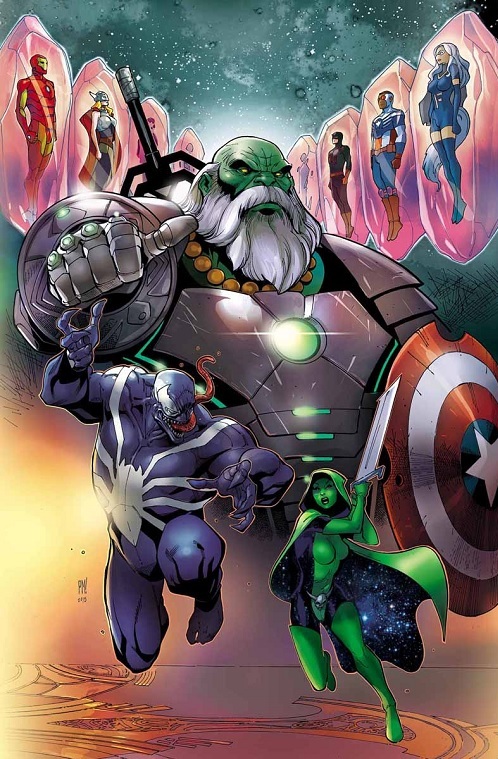