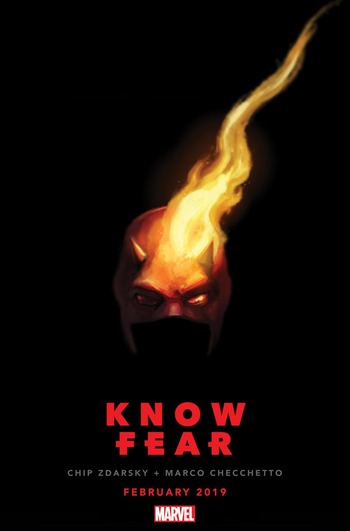 In 2019, after the end of Charles Soule's run on Daredevil, the book was relaunched with a new writer-artist team, Chip Zdarsky and Marco Checchetto. The book has gone on to be hailed as one of Marvel's best new books and gotten tons of critical acclaim for it's complex and morally gray themes.

Matt Murdock is still recovering from being hit by a car. Daredevil has been absent from Hell's Kitchen for months now, but even with his new scars and his continuing recovery, Matt feels the pull of the Devil and puts on the costume again. But when he returns to Hell's Kitchen as Daredevil, he ends up getting into a fight with three regular robbers...and accidentally kills one.

At the same time, a new detective, Cole North, had just joined the NYPD from Chicago and one of his first assignments is investigating the death of the robber and bringing in the vigilante called Daredevil.