Comic Book / Catwoman: When in Rome 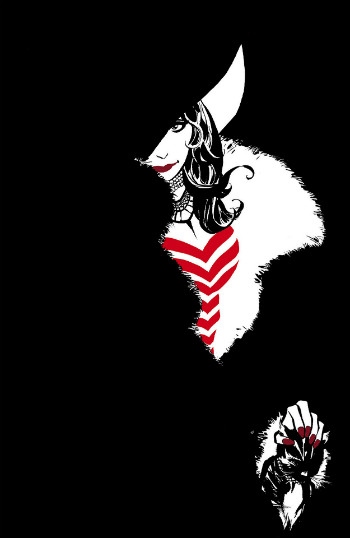 Catwoman: When in Rome (2004-2005), is a six issue miniseries, published by DC Comics, by the award-winning creative team of Jeph Loeb and Tim Sale. It was the third part of their popular Batman cycle, coming after The Long Halloween and during Dark Victory, chronicling the nine months Selina spent in Italy.

Many spoilers in summary ahead:

In the last scene, Selina is standing at the airport gate waiting for "The Blond" to join. The Riddler appears, holds a knife to Selina's throat and makes her give him the ring. Selina double crosses him and actually gives him a fake ring laced with fear toxins. The Blond is killed for not taking out Selina, and Selina boards the plane.

The epilogue has Selina at Carmine Falcone's grave and explaining why she became Catwoman.

While not as critically acclaimed as the first two parts, it still has nothing but great reviews under its belt.