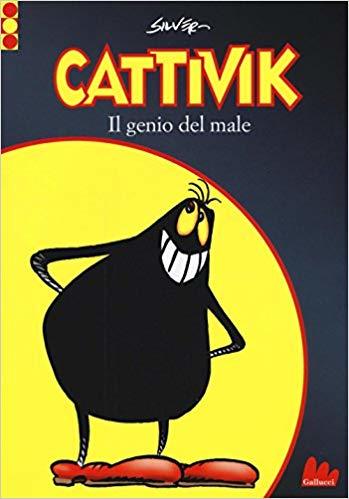 Cattivik is (was) an Italian comic book created by Bonvi, well known for Sturmtruppen, later made by Silver and other artists. It started as a parody of Diabolik, another Italian comic. The main Character is an ugly pear-shaped thing with a black suit that commits crimes (or at least tries to), usually by mugging people or burglary, but is always thwarted and suffers lots of Humiliation Conga of all sorts.

Its humour is often based on parody, fart and burp jokes and ludicrous violence, frequent parodies of Italian politicians, and politically incorrect jokes.

In 2008 an animated series was made, based on some episodes of the comic.