Comic Book / Casper and the Spectrals 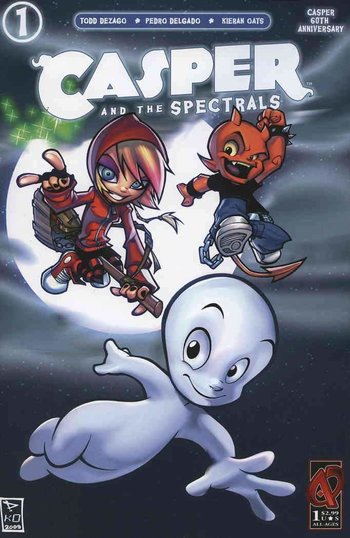 Released in 2009, just in time for the 60th anniversary of Casper the Friendly Ghost. Casper and the Spectrals is a 3-issue reboot of the friendly ghost and his two friends, Wendy the Witch and Hot Stuff the Little Devil, published by Ardden Entertainment.
Advertisement:

There is a city within New York City known as Spooky Town, but most humans are unable to see it. Within this city live the Supernaturals, the ghosts, goblins, demons and witches of the world. When an ancient entity known only as the Volbragg threatens both New York and Spooky Town, Casper and his friends are forced to band together and defeat an unimaginable evil.