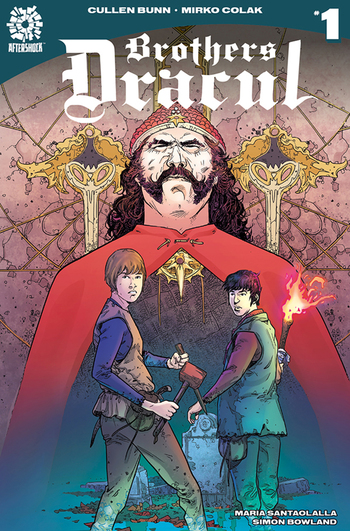 Brothers Dracul is an Aftershock comic book written by Cullen Bunn and drawn by Mirko Colak, revolving around the teenage adventures of Vlad the Impaler and his brother Radu the Handsome.

In 1442, the forces of Vlad II Dracul are defeated by the Ottoman Empire and his two sons Vlad and Radu are taken as hostages by the Sultan. During their time as royal prisoners, they are trained in combat, horse-riding, archery, art... And vampire hunting for they are tasked with body-guarding Prince Mehmed as part of the secret Ottoman tradition to hunt vampires. However, these adventures will forever change the two brothers and transform Vlad into the infamous figure we know today.