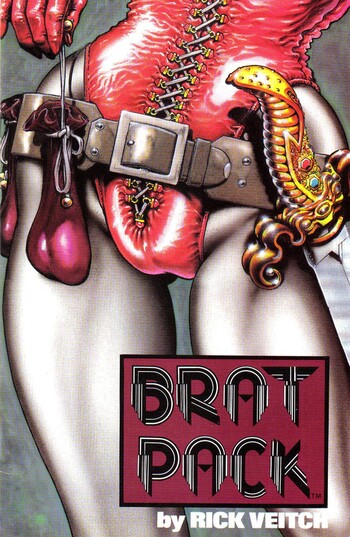 Brat Pack (also sometimes called Bratpack) was a miniseries created by Rick Veitch and published under King Hell Press, his company. Originally released as five issues, it was later collected as a graphic novel with a rewritten ending.

When the four most infamous teenage sidekicks - Chippy, Wild Boy, Kid Vicious, and Luna - are all killed by Dr. Blasphemy, four "lucky" kids are chosen to replace them. Unfortunately for them, the heroes they're partnered with have massive dark sides.