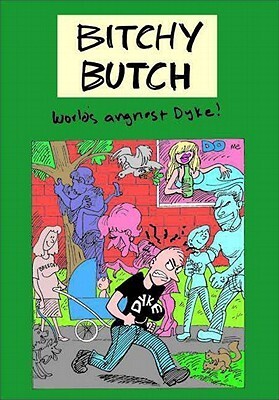 Bitchy Butch is a spin-off from Roberta Gregory's Bitchy Bitch. The nameless character Bitchy Butch (sometimes called "Butchy") is a homosexual counterpart of the other comic's protagonist Midge. Published as one stand alone album as well as in Naughty Bits.