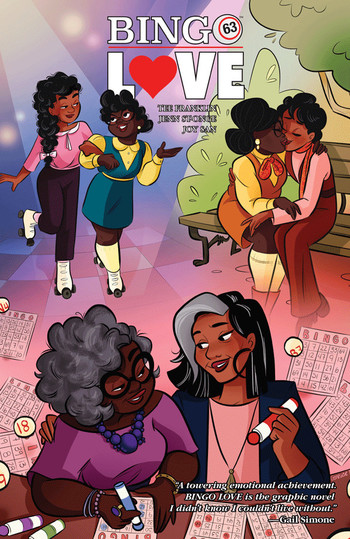 In 1963 New Jersey, 14-year old Hazel Johnson sees new student Mari McCray at a church bingo game. She soon becomes aware that she's romantically interested in the other girl, but given that this is the 1960's, she settles for their being friends. Shortly after they graduate high school, however, they kiss and confess their mutual attraction, but their burgeoning relationship is quickly discovered and the girls are forced apart. Almost fifty years later, they meet again, and now both must decide how to handle their feelings in a world where opinions about same-sex relationships have evolved.

An expanded "Jackpot Edition" was released in late 2018, featuring side stories from several creators that fill in details of Hazel & Mari's lives, and Franklin announced a sequel to be published in 2020 that will reveal more of Mari's backstory.