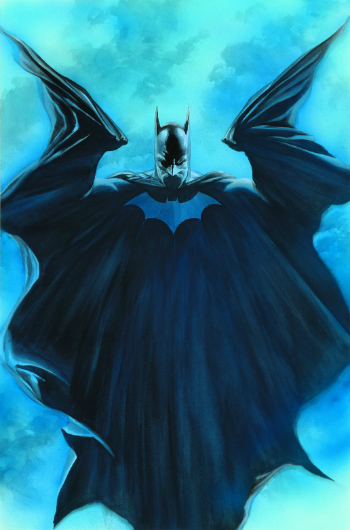 "Believe me, everything you've heard about The Black Glove is true... Call me Dr. Hurt."
"Batman and Robin will never die."
Advertisement:

Yet being published in at least one, then two, book(s) continuously for 70 years presents two problems: (1) how to keep the character of Batman interesting and (2) how to keep the character from becoming too esoteric as time goes on. Batman, like most of the DCU, had at least two attempts to reconcile this, by first separating the Golden Age Batman from the Silver Age Batman and then later by partially rebooting Batman's history with the Crisis Crossovers of Crisis on Infinite Earths and Zero Hour: Crisis in Time!.