Comic Book / Back to Brooklyn 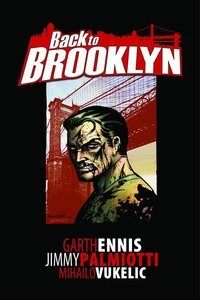 Back to Brooklyn, by Garth Ennis and Jimmy Palmiotti, with art by Mihailo Vukelic, is the story of mobster Bob Saetta, and his journey to rescue his wife Penny and son Michael from his brother, mob boss Paul "The Wall" Saetta.