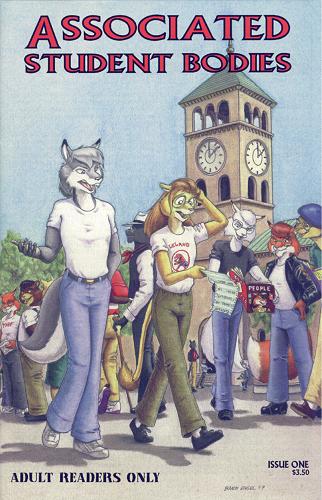 Since its publication, ASB has become one of the iconic comics of the Furry Fandom, and has received a lot of praise for its themes, writing, artwork and... other qualities. There are quite a few furries who strongly dislike it, however. It's up for sale at the Rabbit Valley Web site

, though many people have read it through the use of file-sharing sites and image boards.

at FurAffinity, to the delight of many ASB fans. (Warning: The page is NSFW if you have mature artwork allowed.) Lance Rund, by contrast, seems to have disappeared off the furry radar completely, even requesting that his page be taken down at WikiFur.