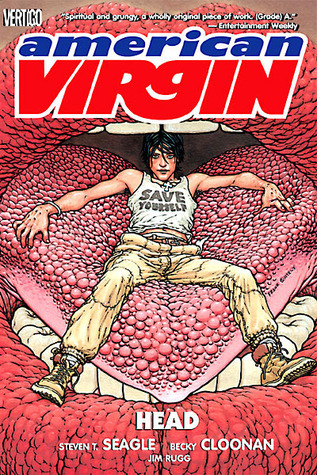 Meet Adam Chamberlain. He's the son of famous televangelist Earl Chamberlain and high society wife Mamie, his uncle is the governor of Florida, his girlfriend Cassie is a beautiful Peace Corps volunteer, and he's making a name for himself as an abstinence preacher. But when Cassandra is killed by terrorists in Africa, he sets off on a globetrotting adventure with his sister Cyndi and a mysterious hitman named Mel. Hilarity Ensues.

This is a comic book series by Steven Seagle, an author primarily known for runs on Alpha Flight, Sandman Mystery Theatre, and X-Men. This series debuted in May, 2006 and lasted for 23 issues. It was cancelled due to low sales in 2008, so it had an abrupt ending.